Confessions of a B2B video marketing geek: the 30-second cage 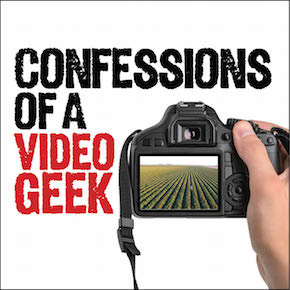 Greetings from Geekland. This is Randy, the video geek.

In my previous blog article, I confessed that B2B video marketing doesn’t have to be dry. In fact, it can actually rock, which is welcome news for marketers and viewers.

Today, I have another heartfelt confession and another video that’s worth a look.

CONFESSION #2: FREEDOM CAN BE DECEPTIVE

I used to be a broadcast producer and it had an unusual effect on my thinking.

During those days, I experienced life in 30-second intervals. That was the length of the TV commercials I worked on, and there was absolutely no wiggle room. Consequently, I began to think of every story in terms of a short, single narrative.

In my mind, this rigid boundary became known as “the 30-second cage.” It was a trap because the inflexible time constraints meant that important details were always left out of the final cut. And as products and services grew more complex, there was never the freedom to tell a complete story.

The years passed and I heard the siren song of B2B video marketing. At last, here was true freedom. Video length was only restricted by budget, and you could wander far from the 30-second cage.

It all seemed so liberating: Now I could include all the important or abstract details without having to squeeze every second. So that’s precisely what I did. And I felt it was a masterpiece, until I read the storyboard for timing. When I finished my initial read, the stopwatch sneered back at me with a cold reality: 13:56. Almost 14 minutes long. Who would sit through that video?

What I learned that day still resonates. The dreaded 30-second cage was actually a form of freedom. It provided a structure that allowed one to focus on the most important details and tell a more compelling narrative. That sharp, linear form of storytelling is directly applicable to the longer form productions of B2B video marketing. In essence, viewers have a limited attention span and you can keep them watching if your video is short, impactful and engaging.

Here’s a video that helps prove the point. It was created for Conagra Foodservice, a leader in culinary innovation that helps chefs build better menus. The video is titled, “Field to fork,” and it takes viewers on the full journey of Angela Mia Tomatoes, from the fields of the San Joaquin Valley to restaurants around the country.

An epic storyline like this could easily have turned into a 10-minute production. Instead, by maintaining a linear focus, it runs only 3:17. Take a look.

This video always makes me hungry for pasta. I think I’ll break for lunch. See you soon with more videos to share and more confessions of a video geek.