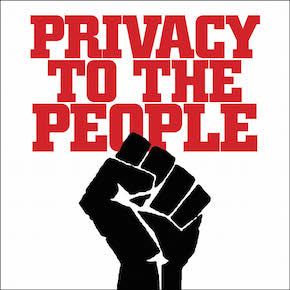 The headline of this blog does not contain a typo. I have officially given up on New Year’s resolutions in favor of revolutions, and I suggest you follow suit.

Here’s my thinking. Traditional resolutions are heartbreakers. The good intentions that drive them are admirable. People sincerely want to lose weight, volunteer at a local charity or update their LinkedIn photo to one taken during this decade. Unfortunately, those virtuous ambitions rarely seem to last until February.

Unlike resolutions, which generally involve personal sacrifice, New Year’s revolutions are all about the moment—or possibly the movement. That’s particularly true in the world of marketing. To provide a little more context, let’s consider a marketing revolution or two that are dividing the masses this New Year.

“I hate our open office. We all do. And everybody knows it because we’re basically living together in one big, endless conversation.” The speaker will remain nameless. Suffice it to say that she is a creative colleague at another shop, and she pines for the “beautiful confinement” of her long lost cubicle every day.

The open office concept was intended to spark a new sense of communal freedom and eliminate structured bureaucracy. This seemed particularly well suited to creatives, at least in the eyes of office planners. But the backlash has been severe, as creatives in many open offices are demanding some quiet space to form their thoughts.

This marketing revolution won’t bring back the cubicle. But it is leading to the addition of more private areas within open office plans. Being a person who has to write and proofread on occasion, I see this as a positive. Instead of power to the people this revolution advocates privacy to the person, at least when it’s needed most.

In tense brainstorming meetings, I used to bring up a funny scenario in which marketing creative teams would be replaced by artificial intelligence, or simply A.I. In essence, there would be a creative program that could concept, execute and present ideas. And it would never get bent out of shape when the client insisted on combining two concepts together.

The joke is no longer funny. A.I. is infiltrating all areas of life and replicating the way that we think. This means my freakish program, mockingly titled Adobe Creative Team, cannot be far off. Simply get Photoshop, Illustrator and InDesign to think for themselves. Push button; produce big idea.

The saving grace in this particular marketing revolution is that talent and nuances still rule.

The best creative work is often sparked by an unexpected comment, a client’s casual aside, or a highly personal revelation. And those embers become the fire that fuels original and unusual creative minds. Everyone in the room knows the parameters of the campaign strategy, but a truly creative mind finds that elusive comment or insight and transforms it into something unexpected.

One more point. Long before A.I. threatened to outthink humans, there were formulaic concepts that virtually any agency could offer. But the work that lasts and makes a genuine impact is still original.

Admittedly, that was a bit of a manifesto. But why not? We’re talking marketing revolution and that topic always stirs the blood. In any case, I hope 2018 is successful, productive and a little unexpected for you as well.